The Ministry of Labour (MOL) and the Ministry of National Security (MNS) have signed a Memorandum of Understanding (MOU) to protect residents including migrants of Trinidad and Tobago, from Human Trafficking, Child Labour and Labour Exploitation. This MOU was signed on Tuesday, March 09 2021 at the Ministry of Labour’s Head Office located at the International Waterfront, Tower C, Port of Spain.

At the MOU signing, Permanent Secretary (Ag.) in the Ministry of Labour, Ms. Natalie Willis underscored that Human Trafficking, Child Labour and Labour Exploitation in Trinidad and Tobago are criminal offences and a breach of labour laws which are almost impossible for a single Ministry or Agency to combat, given that there are a number of interrelated issues involved in these offences.  PS Willis stated that “Labour Inspectors have a crucial role to play in ensuring prevention and elimination of forced labour and human trafficking practices as part of broader efforts to promote decent work. More specifically, this MOU provides our technical units; the Counter Trafficking and Labour Inspectorate Units with the ammunition that will boost our collective efforts to combat these crimes.”

Mr. Gary Joseph, Permanent Secretary (Ag.) in the Ministry of National Security reiterated his Ministry’s commitment to strengthen the existing close, working relationship between the Counter Trafficking Unit and the Labour Inspectorate Unit, while ensuring continuity and the bolstering of best practices in the delivery of support and services for victims of forced labour, especially among the at-risk migrant population. Further, “The Counter Trafficking Unit, as the lead government agency on issues of human trafficking, has already trained 90 persons in the Ministry of Labour on identifying indicators of human trafficking. The CTU and LIU also continue to partner to deliver training to various Government and Non-Government agencies.” PS Joseph further stated that “By pooling our limited resources, the Counter Trafficking Unit and the Labour Inspectorate Unit can provide improved services to both local and foreign victims of trafficking."

This signing ceremony is a timely one and a critical step in the right direction as 2021 also marks the International Year for the Elimination of Child Labour declared by the United Nations General Assembly. The International Labour Organization (ILO), of which T&T is a member state, is taking the lead on coordinating commemorative and action oriented activities for the International Year and is urging member states to take action to combat Child Labour. This is towards achieving the Sustainable Goal target 8.7; "Take immediate and effective measures to eradicate forced labour, end modern slavery and human trafficking and secure the prohibition and elimination of the worst forms of child labour, including recruitment and use of child soldiers, and by 2025 end child labour in all its forms."

Both the MOL and MNS commit to and embrace this collaboration as it strengthens their national efforts to protect the labour and human rights of every citizen and by extension every child of Trinidad and Tobago. 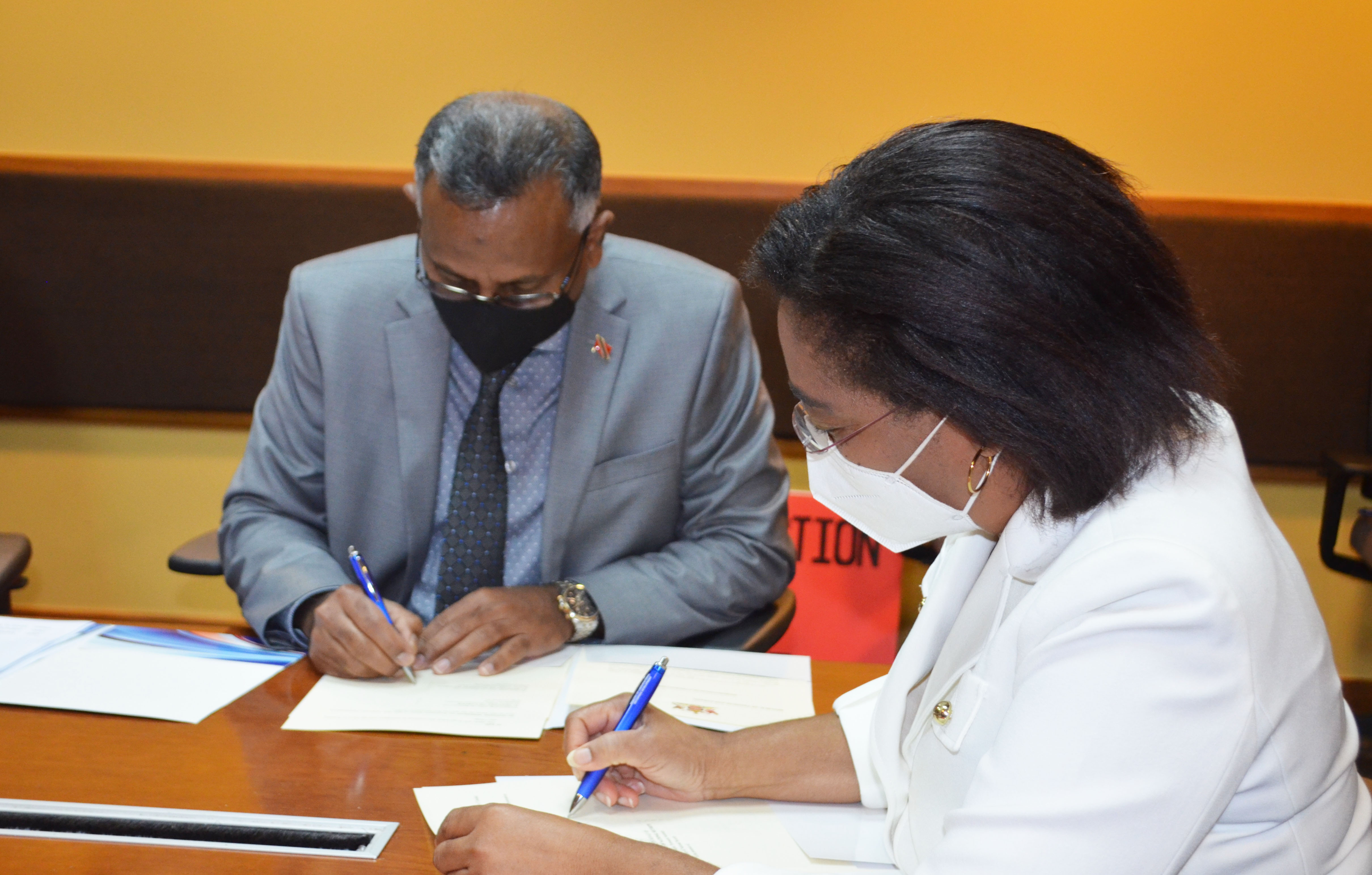 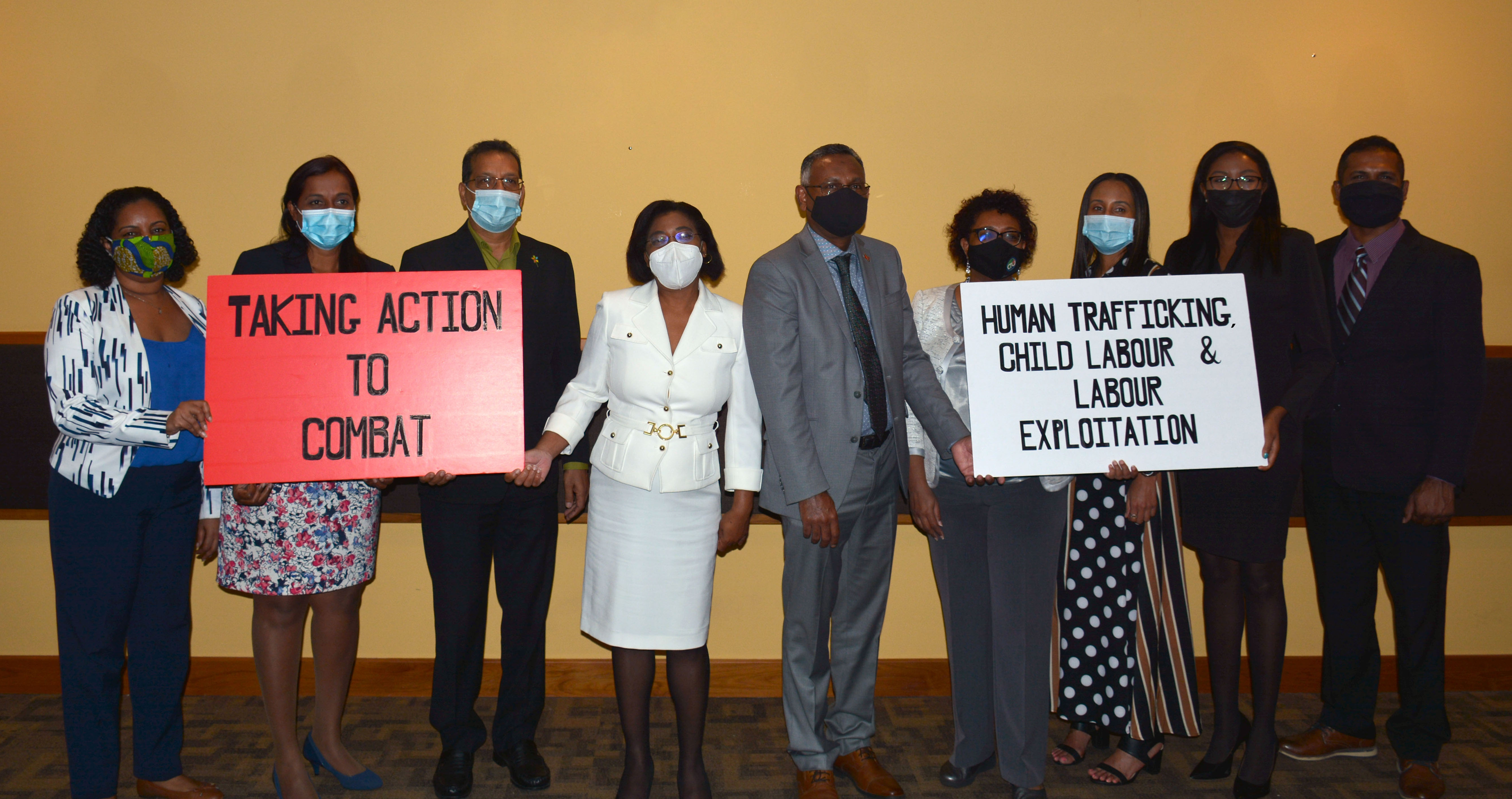 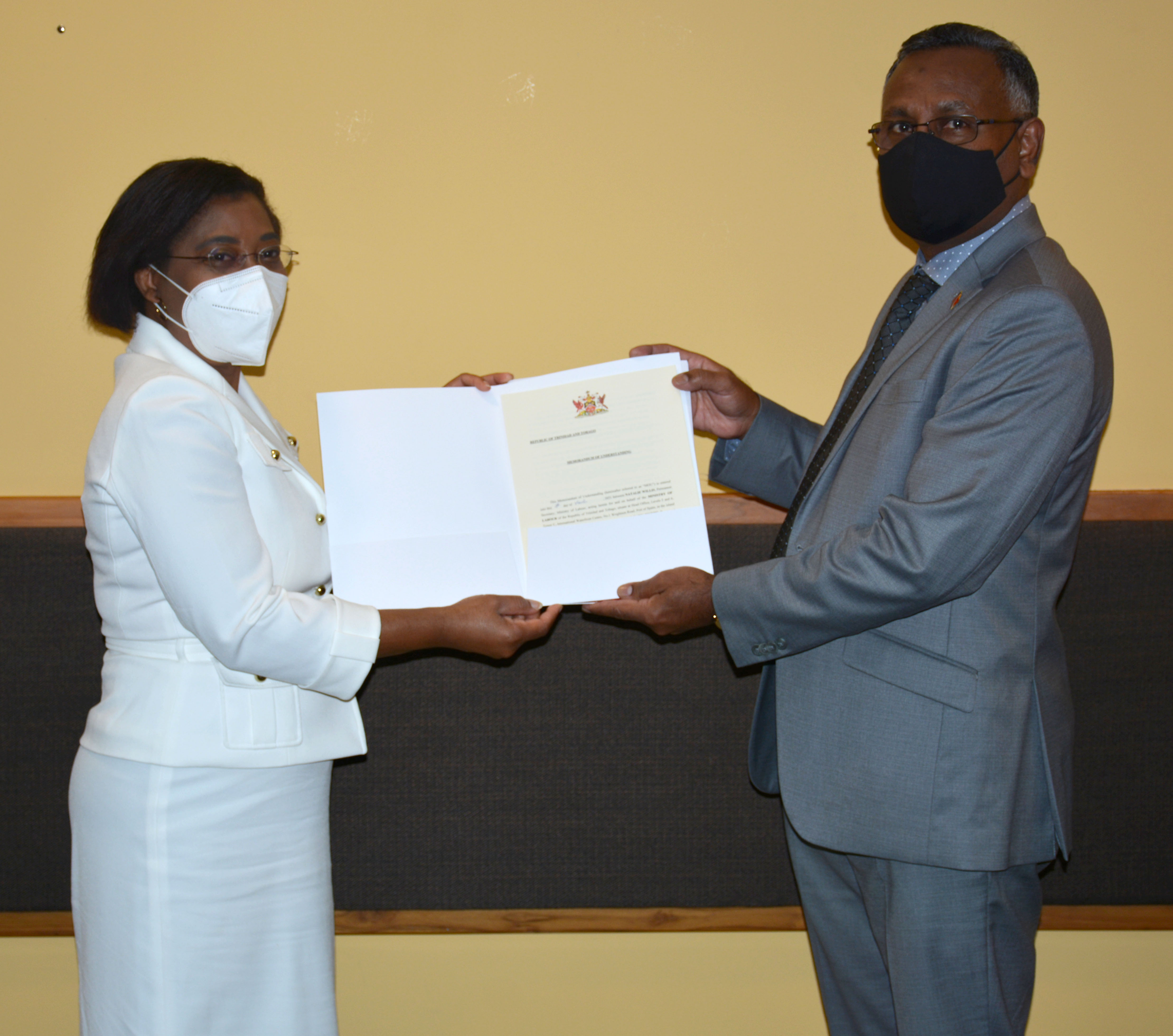