The newly appointed Minimum Wages Board received Instruments of Appointment from Senator the Honourable Jennifer Baptiste-Primus, Minister of Labour and Small Enterprise Development at the Ministry’s Head Office on Tuesday May 16, 2017. 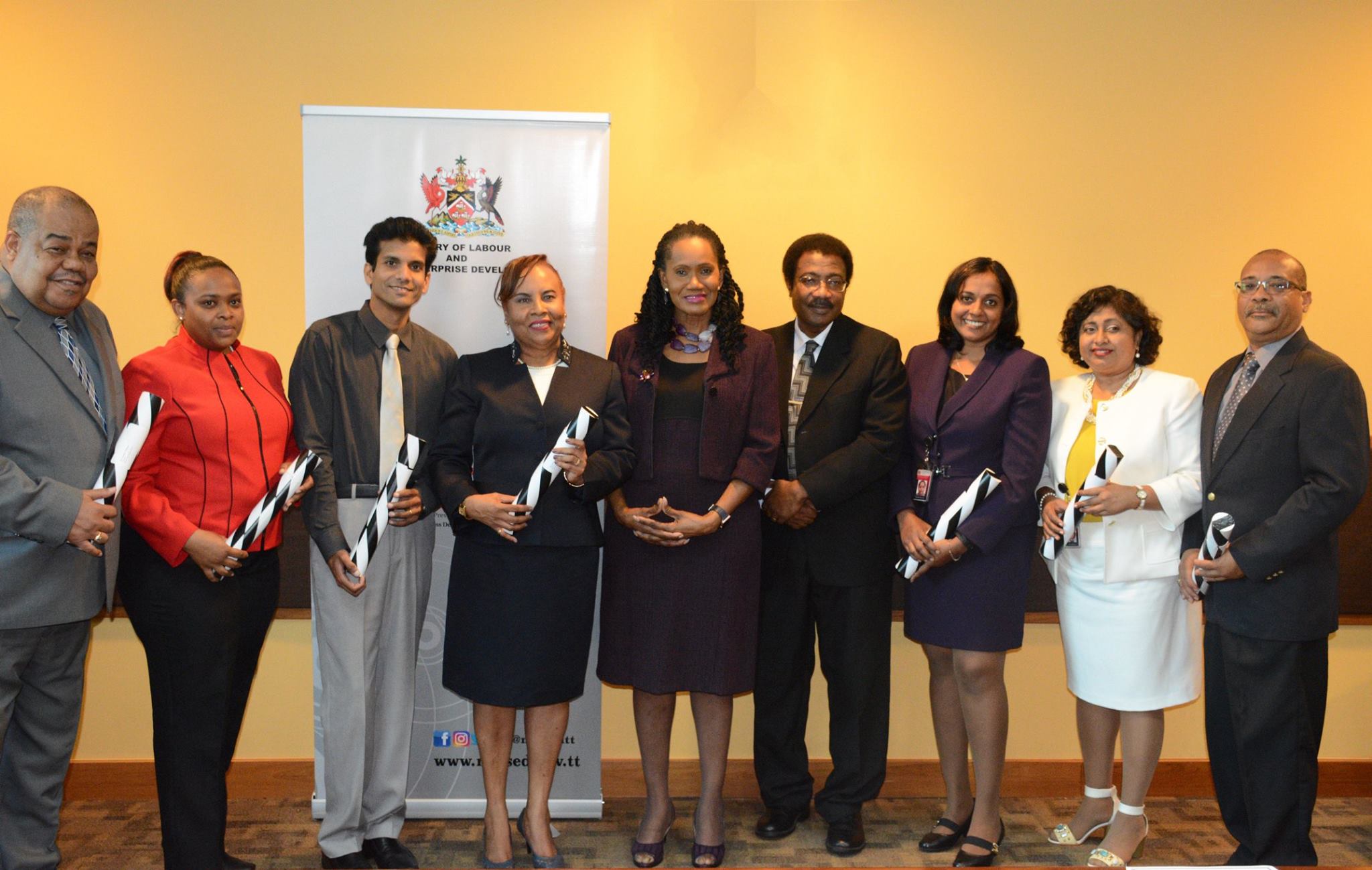